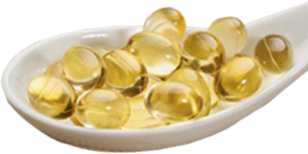 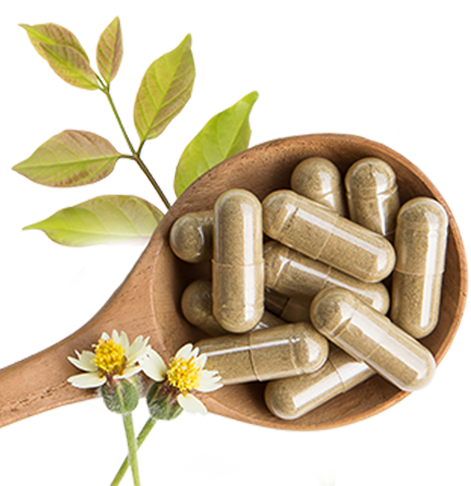 The story behind ThreeWells, how my middle son Freek directed me down this path

My middle son Freek was perfectly healthy for the first 18 months of his life, then the misery began: Loss of speech and eye contact, chronic ear infections, only 3 hours of sleep every 24 hours, completely below the rash, if you didn’t change his poop diaper within 5 minutes he got second-degree burns on his buttocks. He suffered from abdominal cramps, fever, inflammation, disturbed motor skills, complete loss of cognitive and empathy, lots of crying etc. etc. He functioned at the animal level. Diagnosis: regressive autism with severe intellectual disability. Numerous visits to pediatricians, paediatric neurologists, ENT doctor, paediatric gastroenterologist, internist etc etc. No one could help him. I couldn’t accept that there was nothing to help my son Freek so in 2000 I decided to do it myself. In 2000 Synergy Nutriceutica B.V. was founded with product name ThreeWells: three sources: Body – Spirit – Soul I quit my international trading company in industrial capital goods and focused 500% on Freek. My surroundings made me look like fools, free from God!! Why should I be able to help Freek when the doctors and specialists couldn’t? In my opinion, the specialists did not look at the big picture.

Western medicine is based on diagnostics, symptom control and tends to link it to specialisms: cardiology, internal medicine, dermatology, orthopedics, gastroenterology, neurology, psychology, immunology etc. etc. From these specialties, there is often too little attention to causal relationships between body systems, lifestyle, environmental factors, stress factors, traumas. This method of treatment is predominantly pharmacological, so medication. Medications usually act symptom fighting and correct, block or overstimulate certain bodily functions. This disrupts other functions, this is called “side effects”, and often there is another drug to cure the “side effect” ……. What could I do with a mechanical engineering education for my seriously ill son? As a techie, I was taught to first map the faults and to look for the source of the cause. I approached it from a technical point of view: A car consists of several important components; chassis-engine-braking-axle-steering- dashboard warning lights-electronics etc. that work together. And then of course the driver: how is his driving style, handling the type of car, driving experience, is the vehicle made for the type of road surface? Is there enough maintenance?

Our body systems work synergistically, in case of illness or complaint there are always multiple body systems out of balance

The driver: your psyche – intuition , where spirituality is your navigation system. I didn’t want to follow general studies because they were too broadly oriented, this would take too long. Since 1998 the internet was quite mature, there was already a lot to find. So I went to study at the “Google Academy” full time 16 hours a day, 7 days a week because I was driven and had a clear and urgent mission.

At Freek nothing worked well anymore so I first went to investigate what his current condition was deteriorating. What could I do to reduce incriminating factors? After blood, urine and stool tests it was found that he was intolerant (not to be confused) for gluten, cow’s milk, chocolate, sugars, color fragrance flavorings, nuts. He went on a diet and he was doing better. He became more frustrated because he hardly got his favorite food anymore. Freek was literally addicted to milk and gluten: a blood analysis showed that he himself made morphines from milk: casomorphine , further contain gluten in bread: gliamorphines, gliadorfins and gluteomorphines. This explained its extremely high pain threshold and “high” and absent behavior… Then I started with orthomolecular medicine: a small miracle happened there was clear progression, especially his intestines, skin, sleep, motor skills improved. In terms of behavior, emotions, cognitive level, not much changed. It was quite a challenge to get the whole arsenal of supplements in. There was hardly any more relapse, but after three months his progression stagnated.

Herbs have saved humanity from diseases for mankind. Each continent has one or more natural remedies based on herbal theory: Amazonian herbs, Ayurveda, TCM, Indians, Aborigines, South Africa and Europe. It became clear to me that herbs are very effective in strengthening and recovering the immune system and eliminating bacteria, viruses, fungi, parasites, protozoa very effectively. I started to integrate the herbs into my orthomolecular dietary supplements, making the formulations much more powerful and widely applicable, using only herbs that are allowed within the EU. A professor from Australia pointed me to the Epstein-Barr virus (EBV) of which 97% of the world’s population is a carrier. (The EBV virus is the cause of Pfeiffer’s disease). There are more and more scientific underpinnings that demonstrate the involvement of this virus in chronic diseases. Furthermore, this professor alerted me to the herb Andrographis Paniculata and its effect on the EBV virus. Several Western universities have studied this herb for its phenomenally broad efficacy. Meanwhile, there are also publications on the effect of Andrographis on the covid-19 virus. Andrographis Paniculata is called “King of Bitters” in English and rightfully so! Freek didn’t swallow capsules, the herb was so bitter that I couldn’t mix it in his food with any possible.

Using quantum physics and bioresonance it was possible to get the efficacy of the herb (Andrographis Paniculata) in Freek’s system. Bioresonance and quantum physics work on the basis of vibrational frequencies just like, for example, kidney stone crushers, MRI and CT scans, an operating laser, Reiff, X-ray and homeopathy, after all, everything is frequency. This technique had the added advantage that the efficacy of “prohibited” herbs could be used. The ban was caused by the European Novell Food regulation. This is an EU law which stipulates that all herbs that were not detectable on the European market after 1997 are not allowed to sell unless there is documented scientific evidence for safety. This would be a fine arrangement if the assessment committee did not consist of a club of Western-trained pharmacy adepts. Safe herbs with scientifically based studies are thus sabotaged for the European market. This much to the delight of the pharmacological industry…. I started using my 100% natural formulas as a carrier of herbs based on bioresonance and quantum physics. Freek responded positively to this: his body systems began to recover, fewer infections, fewer supplements were needed and his diet became less strict.

In addition to herbal frequencies, I started using spirituality in the formulations such as Bach blossom remedies, essential oils, medicinal stones, goniometric figures, essential oils, dream catchers, singing bowls, dolphin frequencies, etc. I was skeptical, but as long as it couldn’t hurt then we went for it. “the proof of the pudding is in the eating” and the pudding was very tasty !!!! Freek calmed down, started making eye contact again, started laughing again, got happier, went to sleep better. The relevance of spirituality on body and mind became increasingly clear. It was a revelation to work with chakras, grounding, cosmic energies, energy fields, belaging. It became normal for me to talk about this, much to the frustration of friends and acquaintances at the time. My relationship with my friends and acquaintances at the time was diluted. It felt like a “social banishment”, a difficult phase in which I wondered if this was worth it all…. I was changing and there was no going back so then on willpower ahead “At godspeed”. I developed in addition to dietary supplements, sprays and essential oils, myself Philips was willing to make a sleeping lamp for me to my specification.

The impact of your environment, prosperity and well-being on everyone’s lives became clear to me. Many parents had difficulty with the “deviant behavior” of their special child, it had to develop as expected from society. As these children became more forced into the social straitjacket, there was more stress, frustration, aggression and more physical complaints. At the time the educators (parents, counselors, schools, care centers etc) gave these special children more freedom, the physical and emotional condition improved the children but also that of the educators. These children held up a mirror to us…..

Through word of mouth I was approached by parents asking to help their children with ASD (autistic spectrum disorder), ADHD, ADD, bipolar disorder and other high-sensitive children. A doctor friend had tipped off an English journalist about me. A two-page article about Freek and me appeared in The Daily Mail on 31 December 2005 and caused a publicity explosion. Fortunately, I had always assumed a universal recovery protocol, with a follow-up for fine-tuning. Then maintenance to prevent regression and especially information and awareness. With the help of questionnaires, e-mail and telephone contact I was able to support and coach the parents from Weert. The ThreeWells approach was noticed by doctors, therapists, coaches which resulted in global collaborations that allowed for a better one-on-one guidance. More often I was asked about other physical disorders that seemed to have nothing to do with the psyche. Symptom-oriented thinking and treating is still pretty much stuck in our culture. By optimising body systems using various recovery packages in combination with nutritional and living advice, we achieved a better balance between body and mind. It was surprising to see how effective this reasonably uniform approach was on a wide range of conditions. People still think symptom-oriented so it is important to treat the symptom in an integral way.

By treating complaints through balancing the body systems , you create better, broader physical and mental stability and reduce symptoms

I am now increasingly working with doctors and therapists who use the ThreeWells approach in a complementary way. Furthermore, I treat people individually and continue to research the most diverse disorders and try to trace them back to disturbed body systems I look for a way to rebalance them. I have now developed about 40 formulations and 12 protocols that are constantly being improved and updated to assist humanity in an ethical, effective , affordable and honest way.

It’s 2021 now, Freek is 24 years old, he lives in a residential group under supervision, feels like a fish in the water there. He is perfectly healthy , happy , has his quality of life, does not need words, does his work completely different from the “societal values” and holds up a mirror to others with a smile……….. I Thank Freek for holding me the mirror!!!!